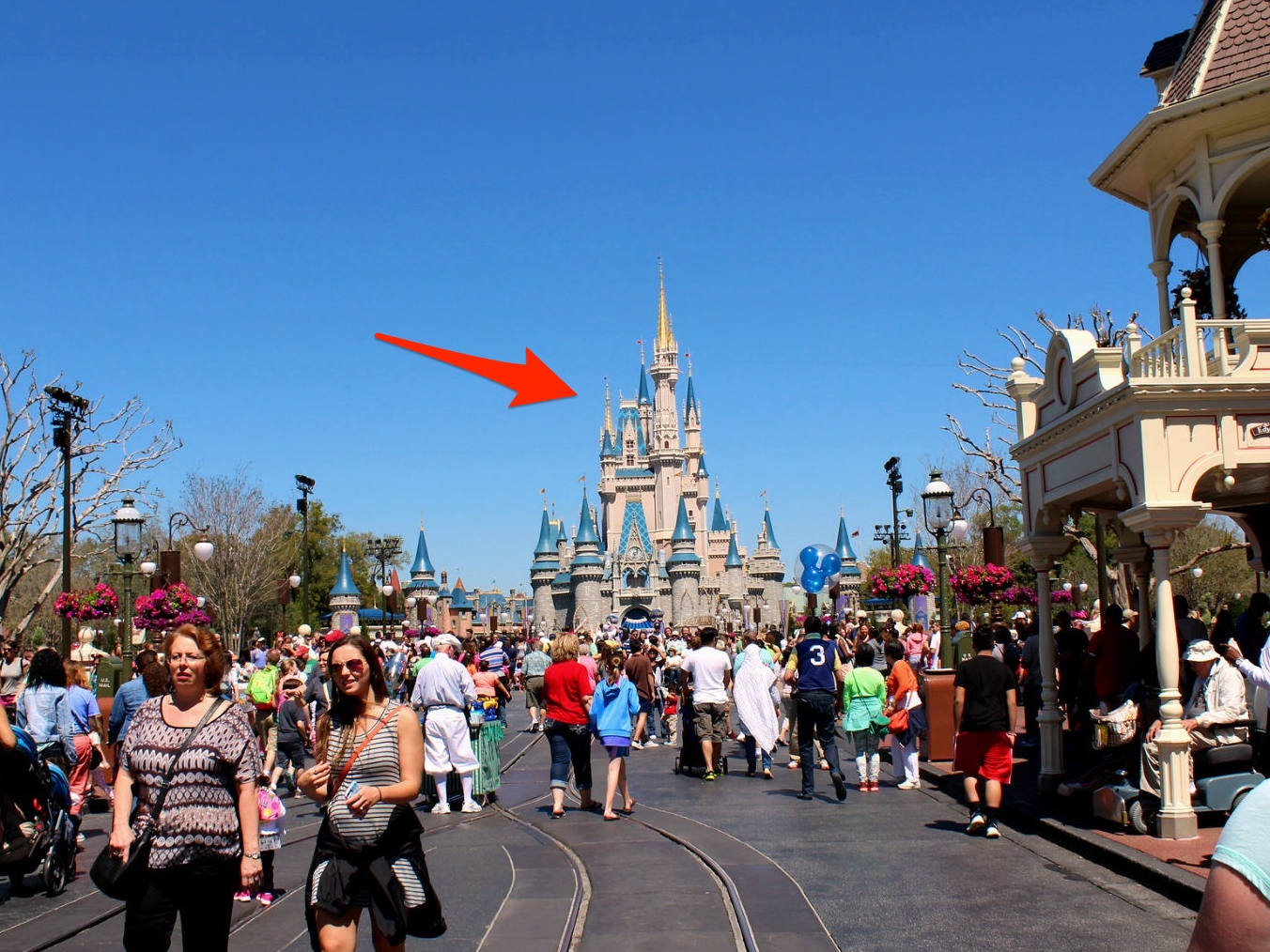 We are heading to Florida in less than 4 days & I am bursting with excitement!! I have spent the last 2 nights pouring over Pinterest & scouring the internet for the best secrets, tips, etc. related to Disney World. I have come up with quite a book full. You may see my Pinterest board where I’ve rounded up all these tips or simply take a look below at what I considered essential, significant, important, or plain interesting. I hope this helps some other families whom are Disney bound this summer. Also, please share any of your own tried & true pointers!

Head to the back of the park. When you first arrive at the park, go straight to the back. Most people will start with the first ride they see.

Get your fast passes early on in the day!

Think left. It is most people’s inclinations to go to the right side first, so if you see two lines for a ride, hop in the left one to shave off a little waiting time. If you’re going around World Showcase or the Magic Kingdom, start on the left side going counter-clockwise.

Get in line right before the parades. About an hour before most parades start, people will put a halt on their attraction and ride plans to score a front row parade spot. If you don’t care about getting a primo spot (or about seeing the parade at all), use this time to get in line for big rides.

Shop on your way out. When the park closes, they shut down the rides, but they don’t actually kick you out of the park or close the stores. So spend your valuable time on rides when they’re running, and shop as you make your way to the gates.

If you are a veteran ask at City Hall (Magic Kingdom) first thing in the morning if you can participate in the evening Flag Retreat.

If you eat a meal in a park or hotel that you really enjoy, you can ask for the recipe!!!!  {It may be in bulk when you receive it though!}

When riding the ferry boat or the monorail ask the Cast Members if they have any trading cards – they sometimes give them out and there are lots to collect.

You can enter the Animation Building in Disney’s Hollywood Studios for some of the best character meet & greets in Walt Disney World by going through the Art of Disney store (skipping the Animation Academy attraction). Likewise, you can experience Turtle Talk with Crush without doing the Nemo dark ride by entering The Seas pavilion through the gift shop at the exit.

Animal Kingdom – Camp Minnie Micky has a variety of characters in safari gear.

Epcot – find all the original characters in an air conditioned waiting area.

Hollywood Studios – Look in the art of animation for character greetings and at Pixar Place for Woody and Buzz.  The Cars are available for pics but are not animated and don’t sign books.  Phineas and Ferb are right next to them and do a cute little show with the kids waiting in line.

Magic Kingdom – the classic Mickey and a selection of princesses are located in the Town Square as soon as you enter the park, all the way to the right. Storybook Circus now has Minnie, Daisy, Goofy and Pluto, and Ariel is in the new Fantasyland.

Buying pins from Amazon or eBay to trade with Cast Members is the difference between spending $1 per pin and $8-10 per pin.

Disney’s Character Warehouse is an outlet carried heavily discounted and discontinued Disney merchandise. They have two locations off property, on I-Drive near Universal Orlando and on Vineland near Downtown Disney.  The Vineland location is larger and closer to Walt Disney World.

If you are celebrating a special occasion, make sure to pin up a button reflecting the celebration at your resort hotel …